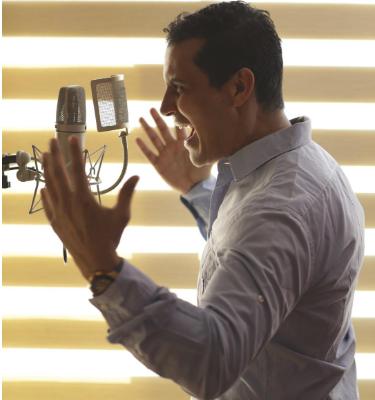 Many people think that they know all that there is to know about the esoteric career known as Voice Acting. They think that it’s a relatively easy and glamorous job where one gets paid for simply talking. However, many Voice-over Talents who provide the voices for Public Service Announcements (PSAs), TV, Radio, and Web Commercials, Interactive Voice Response (IVR) Recordings, Professional Voice-Over and Narration work for Documentaries and E-Learning Software are also occasionally hired to do Voice Acting for Movies and TV. These voice-over talents will tell you that there is so much more to voice acting than simply mouthing your lines for money. In fact, there are many things that you might not know about voice acting that may just surprise you:

Voice Actors can be called upon to work at any time – Many Voice Actors are usually called in to the studio to record when their schedules permit; but sometimes they can actually, literally phone it in: voice actors sometimes do their work at home and even over the phone. Advances in technology and the advent of the Internet have made doing remote vocal work a possibility.

Voice Actors sometimes do vocal work that will never be heard – Many times voice actors will be called upon to do the voices for animated features; but these performances will only be used as “guide vocals” or “reference vocals” whose purpose is to inform the vocal performances of the actual cast. Many times voice actors do vocal work that will never make it to the final cut; but don’t worry, they do get paid for it.

Voice Actors are sometimes paid to do other things besides talking – Sometimes voice actors will be called upon to do grunts, pants, gasps, and other “auxiliary sounds” which are needed for the movie because the original actor who the voice actor is “standing in” for is already busy working on another project. They may also be asked to supply the voices of extras in a crowd scene; such as people talking in a crowded airport or restaurant.

There are even more surprising facts about voice acting: enough to warrant a second installment of this topic. It just goes to show you that Voice Acting is not as simple (or simplistic) a career as it seems.

If you need professional-quality vocal work done, ProVoice USA has an impressive lineup of Voice overs, Voice Talents, and Voice Actors for your project. Give us a call at (877) 865-3459 or email us at info@provoiceusa.com for all of your questions and for more information.